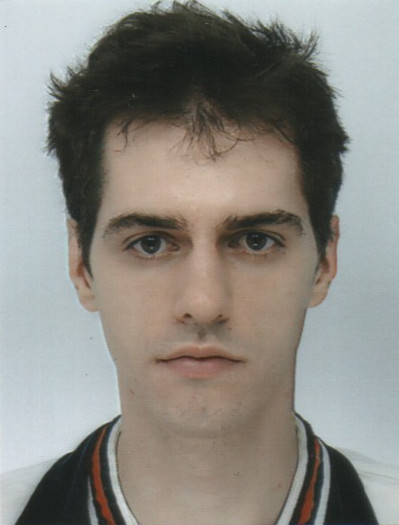 
These are websites that offer somewhat overlapping services, many of which served inspirations, and why we think something different is needed to achieve our goals.

Notably, OurBigBook is the result of Ciro Santilli's experiences with:OurBigBook could be seen as a cross between those three website.

Quick mentions:


 toc


This edit perfectly summarizes how Ciro feels about Wikipedia (no particular hate towards that user, he was a teacher at the prestigious Pierre and Marie Curie University and actually as a wiki page about him):

rm a cryptic diagram (not understandable by a professional mathematician, without further explanations

which removed the only diagram that was actually understandable to non-Mathematicians, which Ciro Santilli had created, and received many upvotes at: math.stackexchange.com/questions/776039/intuition-behind-normal-subgroups/3732426#3732426. The removal does not generate any notifications to you unless you follow the page which would lead to infinite noise, and is extremely difficult to find out how to contact the other person. The removal justification is even somewhat ad hominem: how does he know Ciro Santilli is also not a professional Mathematician? :-) Maybe it is obvious because Ciro explains in a way that is understandable. Also removal makes no effort to contact original author. Of course, this is caused by the fact that there must also have been a bunch of useless edits not done by Ciro, and there is no reputation system to see if you should ignore a person or not immediately, so removal author has no patience anymore. This is what makes it impossible to contribute to Wikipedia: your stuff gets deleted at any time, and you don't know how to appeal it. Ciro is going to regret having written this rant after Daniel replies and shows the diagram is crap. But that would be better than not getting a reply and not learning that the diagram is crap.

Another one: en.wikipedia.org/w/index.php?title=Finite_field&type=revision&diff=1044934168&oldid=1044905041 on finite fields with edit comment "Obviously: X ≡ α". Discussion at en.wikipedia.org/wiki/Talk:Finite_field#Concrete_simple_worked_out_example Some people simply don't know how to explain things to beginners, or don't think Wikipedia is where it should be done. One simply can't waste time fighting off those people, writing good tutorials is hard enough in itself without that fight.

It is also for this reason why Ciro basically only contributes images to Wikipedia: because they are either all in or all out, and you can determine which one of them it is. And this allows images to be more attributable, so people can actually see that it was Ciro that created a given amazing image.

Wikipedia is perfect for things like biographies, geography, or history, which have a much more defined and subjective expository order. But when it comes to "tutorials of how to actually do stuff", which is what mathematics and physics are basically about, Wikipedia has a very hard time to go beyond dry definitions which are only useful for people who already half know the stuff. But to learn from zero, newbies need tutorials with intuition and examples.

Even information about companies can be disputed. E.g. once Ciro Santilli tried to create a page for PsiQuantum, a startup with $650m in funding, and there was a deletion proposal because it did not contain verifiable sources not linked directly to information provided by the company itself: en.wikipedia.org/wiki/Wikipedia:Articles_for_deletion/PsiQuantum Although this argument is correct, it is also true about 90% of everything that is on Wikipedia about any company. Where else can you get any information about a B2B company? Their clients are not going to say anything. Lawsuites and scandals are kind of the only possible source... Although it was initially overruled, this goes to show how it is to decide, and you may always waste your time writing something that is about to be deleted. This type of endless

 toc

Stack Exchange solves to a good extent the use cases:points of view. It is a big open question if we can actually substantially improve it.

Major shortcoming are mentioned at idiotic Stack Overflow policies:

Bibliography:


 toc

Where blog is taken in a wide sense, including e.g. Medium, WordPress, Facebook, Twitter, etc., etc.

The main shortcoming of blogs is the lack of tag convergence across blogs. Each blog is a moderated castle. So who is the best user for a given tag, or the best content for a given tag, across the entire website?

The only reasonable free material we have for advanced subjects nowadays are university lecture notes.

While some of those are awesome, when writing a large content, no one can keep quality high across all sections, there will always be knowledge that you don't have which is enlightening. And Googlers are more often than not interested only in specific sections of your content.

Our website aims to make smaller subjects vertically curated across horizontal single author tutorials.



 toc

Basically everything that applies to the blogs section also applies here, but university lecture notes are so important to us that they deserve a bit more talk.

It is arguable that this is currently the best way to learn any university subject, and that it can already be used to learn any subject.

We basically just want to make the process more efficient and enjoyable, by making it easier:

One major problem with lecture notes is that, as the name suggests, they are merely a complement to the lecture, and don't contain enough detail for you to really learn solely from them without watching the lecture.

The only texts that generally teach in enough depth are actual books, which are almost always commercial.

So in a sense, this project can be seen as a path to upgrade free lecture notes into full blown free books, from which you can learn from scratch without any external material.

And a major way in which we believe this can be done is through the reuse of sections of lecture notes by from other universities, which greatly reduces the useless effort of writing things from scratch.

The intended mental picture is clear: the topics feature docs.ourbigbook.com/#ourbigbook-web-topics will is intended to act as the missing horizontal topic integration across lecture notes of specific universities, e.g:



One important advantage of lecture notes is that since they are written by the teacher, they should match exactly what "students are supposed to learn to get good grades", which unfortunately is a major motivation for student's learning weather we want it or not.

One big open question for this project is to what extent notes written for lectures at one university will be relevant to the lectures at another university?

Is it possible to write notes in a way that they are naturally reusable?

It is our gut feeling that this is possible. But it almost certainly requires an small intentional effort on the part of authors.

The question then becomes whether the "become famous by getting your content viewed in other universities" factor is strong enough to attract users.

And we believe that it might, it just might be.


How to convince teachers to use CC BY-SA

 toc

A major difficulty of getting such this to work is that may university teachers want to retain closed copyright of their work because they:

Therefore the only way is to find teachers who are:The forced option therefore seems like a more bulk efficient starting point for searches.

No matter how much effort a single person puts into writing perfect tutorials, they will never beat 1000x people + an algorithm.

It is not simply a matter of how much time you have. The fundamental reason is that each person has a different background and different skills. Notably the young students have radically different understanding than that of the experienced teacher.

Therefore, those that refuse to contribute to such platforms, or at least license their content with open licenses, will inevitably have their work forgotten in favor of those that have contributed to the more open platform, which will eventually dominate everything.

Perhaps OurBigBook.com is not he killer platform that will make this happen. Perhaps the world is not yet ready for it. But Ciro believes that this will happen, sooner or later, inevitable, and he wants to give it a shot.

Also worth checking:



 toc

Some possible/not possible sources that could be used to manually bootstrap content:


 toc

TODO gotta research those more:Major downsides that most of those personal knowledge databases have:


 toc

This website basically aims to be a learning management system, allowing in particular a teacher to focus his help on students that he is legally obliged to help due to their job. But it will have the following unusual characteristics in current LMS solutions:


 toc

If Ciro Santilli were to write a book about quantum mechanics as of 2020 (before OurBigBook.com went live), he would upload an OurBigBook Markup website to GitHub Pages.

But there is one major problem with that: the entry barrier for new contributors is very large.

If they submit a pull request, Ciro has to review it, otherwise, no one will ever see it.

Our amazing website would allow the reader to add his own example of, say, The uncertainty principle, whenever they wants, under the appropriate section.

Then, people who want to learn more about it, would click on the "defined tag" by the article, and our amazing analytics would point them to the best such articles.
